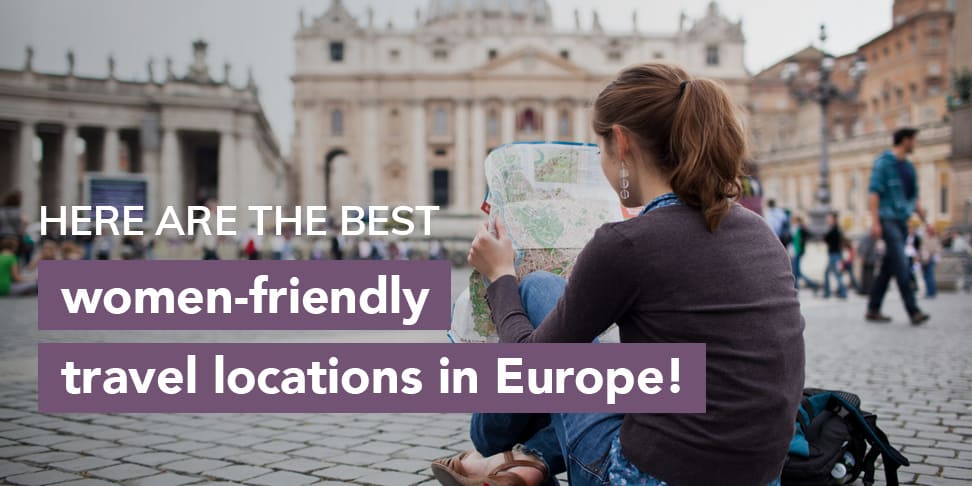 Here are the best women-friendly travel locations in Europe!

When it comes to traveling solo as a woman, or even as a minority, Europe is awesome! There are dozens of places that you can go to that are even better than the US when it comes to equality, safety, and just overall relaxation. Most of these places are surrounded by water, which can be refreshing, and fun as well. So what are some of the things to worry about and consider when going on vacation in the east?

Regardless of who you are, it is always important to stay safe when traveling. Since some people may consider tourists to be a prime target for theft, it is always good to bring a purse that has thicker straps. Better yet, it may be even better to carry with you a travel backpack.

Should you bring a woman’s travel backpack?

The top backpacks for women are almost always easier to carry, less able to be stolen, and holds a lot more than a standard purse. It makes an excellent travel companion and can help you distribute the weight, so you do not have to worry about lugging the luggage all over Europe. 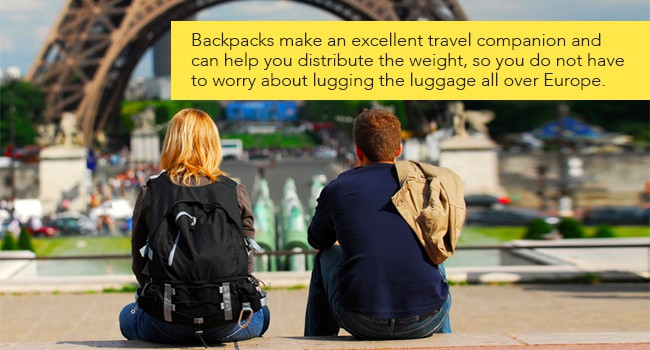 Some of the things you should consider bringing with you to the wonderful European shores would be a pair of sandals, an extra set of clothes, and a sense of adventure! Make sure that you pack enough to survive, but also do not overpack, especially if you are going to be traveling a lot. Minimalism is key during any vacation!

Here are some awesome locations to consider!

Iceland, despite what the name might suggest, actually is not covered in ice. If you live in the south, you may want to pack a sweater, as temperatures here can go from 30-60 degrees F. This is due to the fact that the temperature is mainly adjusted due to the gulf stream. 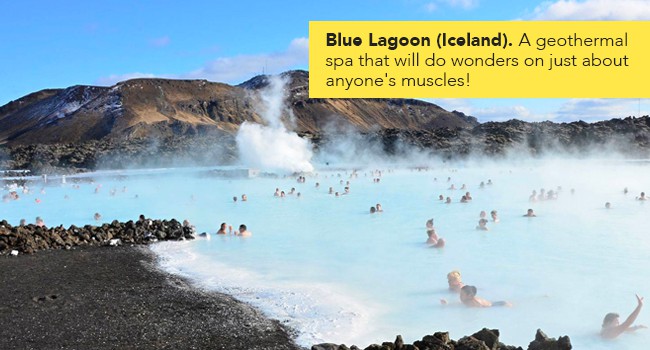 When it comes to things to do here, you have tons of great options! The Blue Lagoon should be first and foremost on that list. This is a geothermal spa, and the warm relaxing waters will do wonders on just about anyone’s muscles. The water is also full of nutrients, which many find helpful for their skin. 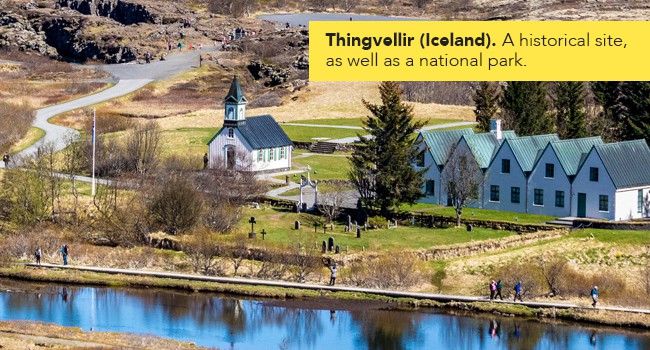 Thingvellir is both a historical site, as well as a national park. So not only is it gorgeous to look at but it is a monument to behold. 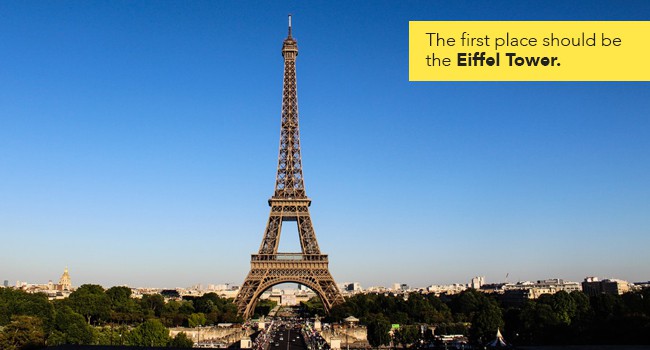 The Eiffel Tower, the Mona Lisa, and baguettes galore, you will be singing Bella Notte every day in this lovely romantic city! The first place should be the Eiffel Tower. This historical and well-known landmark is not only appealing during the day, but it also resonates with a gorgeous glow at night. Be careful not to take pictures of it at night though, it is against the law. 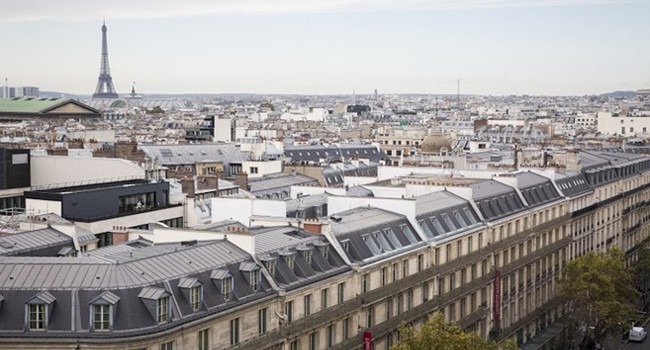 Top view of the city

And when you are done sightseeing, you should try some of their exquisite cuisines. However, you might want to be careful, as Paris fine dining can cost you a second mortgage. However, you can find some delicious cheap eats such as the vegan restaurant Tien Hiang!

Ireland is full of rich culture and history. This makes it a great place to be, especially if you are a big fan of alcohol! The connection between the Irish and delicious booze is in no way a myth, as the Guinness Storehouse, the Teeling Whiskey Distillery, and the Irish Whiskey Museum are just three popular places to visit. 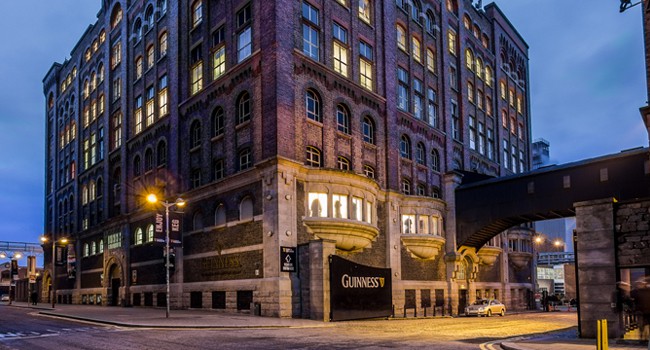 Ireland is also not all drinking and boose either, as the cuisine is hardly matched. There are many food tours to go through, such as the Butlers Chocolate Experience. If you want someplace to just sit down and take in the scenery, the National Botanical Gardens are a great location. 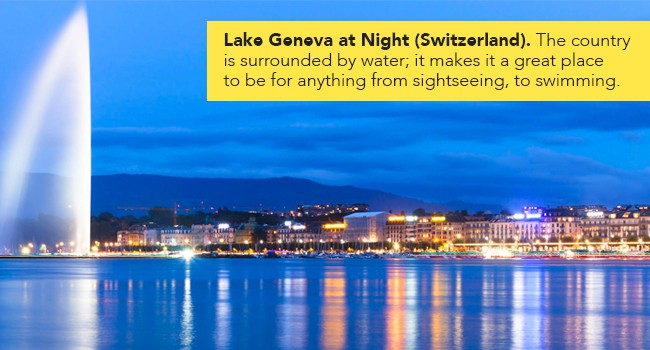 Considered the happiest country in the world, you will love the scenery and feel of the place. Since the country is surrounded by water, it makes it a great place to be for anything from sightseeing, to swimming. Seeing Lake Geneva, Lake Constance, and Lake Maggiore, among others, is a must when staying here. 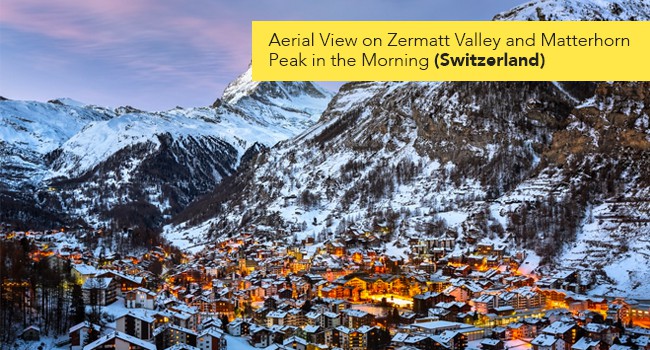 It is also great if you want to do any form of mountain climbing or skiing as well. The Matterhorn and Schilthorn are two tall mountains which, at the top, you can oversee the whole country for miles and miles. However, since it may be chilly here, it might be best to bring a sweater. The Swiss Museum of Transport is also a place that many people might want to visit at least once.

With over 180 museums and an awesome atmosphere, this is a place you gotta check out. Lots of great things to see here. During your stay in Berlin, we suggest you check out Vabali Berlin and (for the Americans) get yourself mentally ready for a little FKK. I’ll let you Google that one. 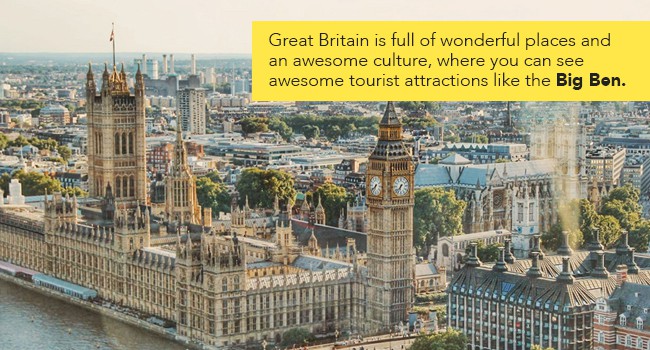 Now, who can make a list of great places to see in Europe without mentioning the place where the Queen herself resides? Great Britain is full of wonderful places and an awesome culture, where you can see awesome tourist attractions like the Big Ben. Since it is a little further to the north than many other places on this list, it may be a little more chilly than you would think, even in the hotter summer months. 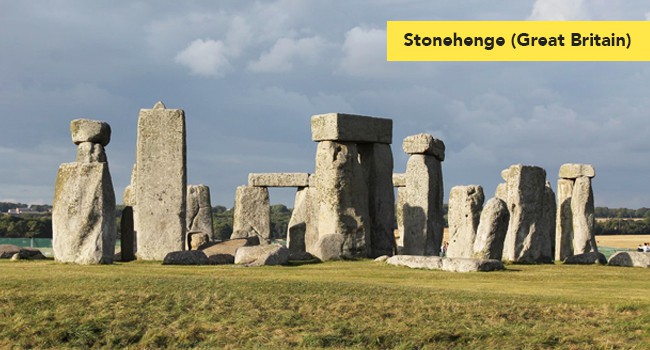 This place also houses the Stonehenge, so if you want to look at this massive structure, or ponder about pending alien invasions, perhaps check it out. The best place to check out would be the place the queen herself sleeps, Buckingham Palace.

What you should consider

Since it is Europe, it might be colder than you would initially believe, especially if you are from the south. So packing for the weather is definitely going to be a must. It must also be stressed that you research the laws and considerations before going anywhere, as the last thing that you would want is to be locked up in a foreign country because you inadvertently broke one of their laws.

With a lot of great places to choose from, it might be hard to pick just one, but know that whichever one you pick, you are going to have a great time. Always try to see the monuments, but most importantly, try to make the experiences as grand as possible. Money doesn’t buy happiness, but the more great eexperiences you have, the more happy you will become.

What Should You Pack As a Solo Female Traveler?
Traveling to South East Asia as a woman? Here are some Options!
Best Destinations for Women’s Solo Travel in North America
Care – Wild Photos
Water – Wild Photos
Global Perspective – Wild Photos
Is This Backpack Permitted to be your Carry-On In Flights?
The Ultimate Backpacking European Packing List
Yet Another Europe Packing List: A Geek’s Guide