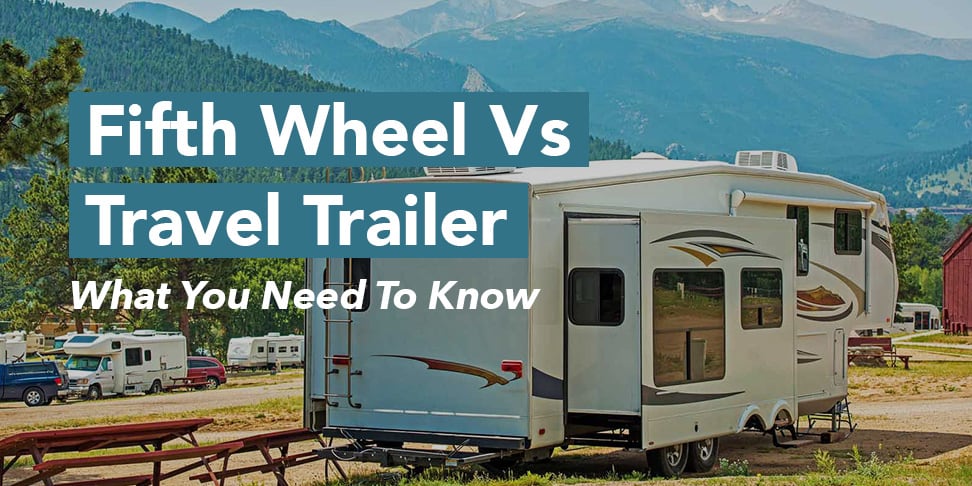 Fifth Wheel Vs Travel Trailer: What You Need To Know

When traveling, nothing is better than having a place that you can call your home in the meantime. Many people even live for years in a trailer, which, although requires more work, can be pretty nifty to consider. Trailer parks are a rather popular way of living, with many people enjoying the sense of adventure!

There are some things that one should think about before buying one of these of any kind. For instance, there are many types to choose from, each coming with their own features, pros, and cons. So let’s take a look at two of these.

What are the main differences

When it comes to the differences, there are a few to point out. For instance, a fifth wheel tends to be roomier and is easier to maneuver when backing up.It is easier to hook up to a truck as well, making it a great option. However, the travel trailer tends to be cheaper, can be towed around even if you do not have a truck, and it is much easier for boondocking or dry camping.

A fifth wheel also has a fair amount of moving parts, causing it to require more maintenance. And it can also be used full time if you desire. This is an issue that the competition has more of an issue with. While you can use a trailer for weeks at a time, utilizing it full time can be a huge chore, if not outright impossible to accomplish. These don’t have that issue, however, as you are able to hold a lot more in it and use it for even years on end if you maintain it properly. 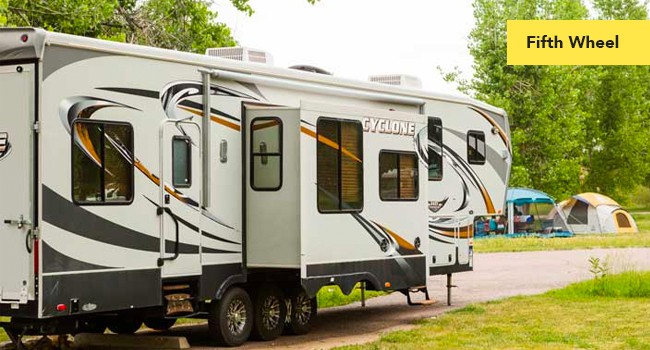 Most of these come with a shielded off master bedroom. This is great when it comes to privacy, as most people don’t want to share the same room as many other people when sleeping.

There are also slideouts. While some of these have a floorplan that doesn’t require too many slideouts, many do requirement even to cook food. This can be rather annoying for some people, but for the most part, it is just a side effect of living out of an RV.

The main and most noticeable difference between the two is that this one attaches to the bed of a truck, instead of to the back of the truck. This allows for more stability when driving, but also means that you have to use a truck to carry it around. This can be both a detriment or a plus, depending.

So what are the main advantages of having one of these as opposed to having a travel trailer? Well, it is generally roomier, has more privacy when it comes to the master bedroom, is easier to hook up, and it has more stability.

A fifth wheel is a trailer that has many amenities that allows for camping out, and also it hangs over the rear of a truck, causing the weight to be more distributed. Although the term technically refers to the hitch that connects the main part to the truck, it is very common to refer to the whole shebang as one.

It is different than the competition in the way that it connects to the truck, as well as the way the rooms inside are structured. It is meant to have all of the benefits of a larger model without literally being a house with wheels.

How big are they / how large?

These bad boys can be 10,000 pounds and can be as long as 45 feet although 32 to 36 feet is much more common. Seeing the inside of one of these guys lets you know that you can fit a small family in here and you will all be comfortable with plenty of room to spare. In fact, altogether, some of these can be larger than 380 square feet, which is larger than some apartments can be. 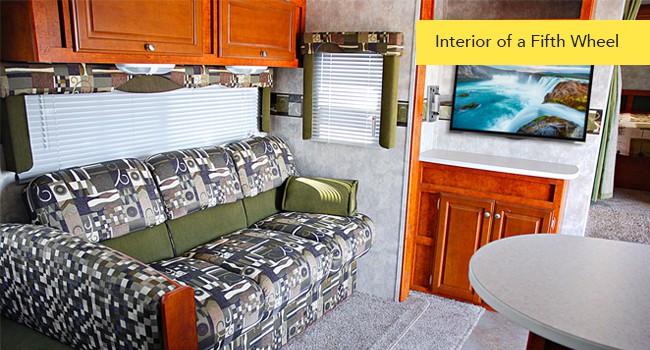 Backing up any trailer is hard, and this is no exception. When backing up, it pays to go the slow and steady route. This is because it can take a few seconds after turning the steering wheel for it to start turning. So if you are going too fast, it can be rather easy for it to go extremely off track. After a few tries backing this bad boy up and you will be a pro in no time.

Are they easy to hook up?

When it comes to hooking up one of these, it is actually much easier to do than a typical RV. Since the hitch itself is directly up and down on the bed of the truck, it makes it easier to secure. Most people would rather hook a fifth wheel over an RV.

While these generally only come in one way, it is not hard to format one in order to use it for other, otherwise unintended, purposes. For instance, with a few minor tweaks and adjustments, you can make one of these usable for off-road travel. Some people have highly recommended installing solar panels, so batteries can recharge on bright days, to keep the travel going longer without having the change or wait to charge the generator. 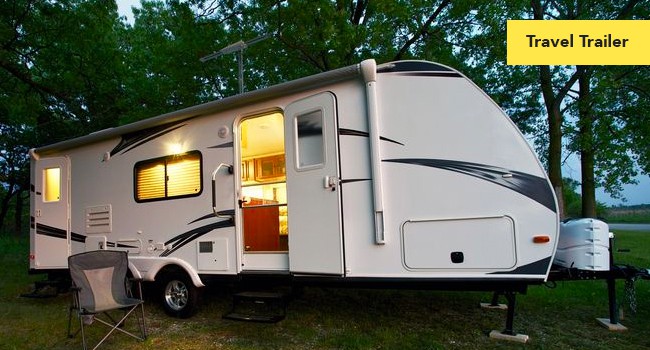 A Travel Trailer is far cheaper than its competition on average, although it is also smaller as well. It is also much easier to boondock and dry camp. The main feature that sets it apart from the fifth Wheel is the fact that you do not need a truck to tow it. While having a truck with it is entirely beneficial, one is not required.

They are pretty much a small house on wheels. They connect with pretty much any vehicle and can provide many amenities that make life on the road much easier to stand. For example, they can come with small ovens, a bathroom, a sink, and even a shower, depending on which models you get.

Is a destination trailer the same thing? 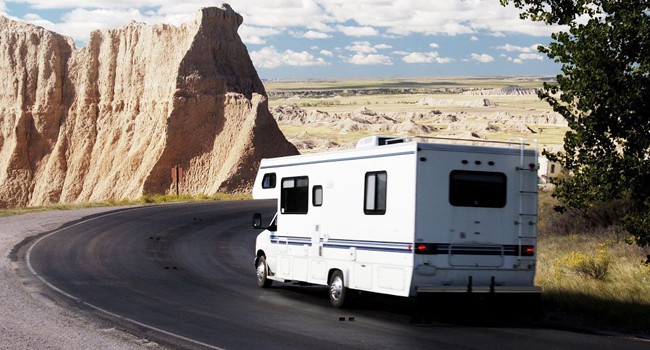 They are not, however, the differences between them can be rather subtle. A Destination Trailer is mainly designed for long stays as opposed to long drives. The main differences are the fact that these are made specifically to be more like a home than a regular one. Many come with sliding glass doors and windows and provide many of the amenities that many would call home.

Backing up one of these boys is a feat to behold. Since they are only connected to one spot, there is a huge margin of error when it comes to swerving. Yet, backing it into a parking space is not as hard as it may seem. Or at least it is not too much more different than a 5th wheel. Just taking it slow and steady will ensure that you are able to put it inside its parking space, regardless of how experienced you are.

Are they easy to hook up?

It can be easy to hook up, but it is a hell of a lot more tedious to do so than the other guys. Since there is one small spot that you need to focus on when backing up the truck, it is fairly easy to miss the mark, especially if you do not have help. So it is good to have a guide with you when hooking it up to make sure that you do not accidentally miss the mark and damage your car.

Which is easier to back up?

I would say that a fifth wheel is much easier to back up, as they are less likely to swerve erratically, as they are attached to the bed of the truck as opposed to one small point on the back of a car. That does not mean that doing so is going to be easy, though. Backing up one of these is always going to be a pain, regardless of which one you get, so keep that in mind.

How does a fifth wheel compare to a motorhome?

The comparisons between the two are really similar, yet, there are a few differences that make them stand apart from each other. For instance, a Motorhome is less expensive, and as a result is probably much better for someone who is trying to travel on a budget. Although it should be noted that they are generally smaller as well. 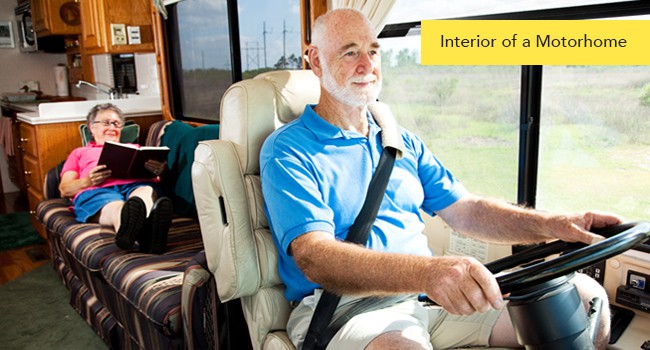 A fifth wheel also tends to be larger, and not just in size, but also in space. The ceilings tend to be taller, and there is a lot more wiggle room. This is great for people who have big families, or otherwise just want some room to call their own. Since it is also able to maneuver more easily as well and is more stable, I personally would consider it a superior choice when it comes to the two.

What about a bumper pull?

Bumper Pulls have a lot of advantages over all of the other kinds of trailers due to the fact that they are smaller and cheaper. This means that they are better able to maneuver, and easier to control, among other things. However, they may not be the best bet if you have a large number of people, or otherwise need a lot of room to call your own.

Since it is smaller, it is also lighter, this makes it far less likely to cause it to be too heavy by accident. Most weight limits for these stand at about 10,000 pounds, so having a bumper pull makes this unlikely to ever be an issue.

Should you consider a toy hauler instead?

A toy hauler is great if you also want a place to put your vehicle or any large “toy” that you may want to carry with you. For instance, if you are using a one when moving to a new state, for instance, and want to bring along a car that you have. The main benefit that comes with owning one of these babies is if you are not bringing along an extra car or motorbike, then you have a lot more room for your family and loved ones.

This also works out well if you are moving and need something that will hold a lot of stuff, such as dressers, tables, and chairs. There are an endless amount of possibilities that you can utilize this for that you can’t really do with many other types of motorhomes. Yet, if you are not planning on using it like this, then it can be a little more cumbersome than many other trailers.

Z-method, what it is and how it can help you

The Z-method is a way of parking that ensures that trailers will be able to fit into a space efficiently without going too far off course or ramming into anything. This helps a ton because parking one of these monstrosities can be a nightmare in and of itself. However, it is not too hard to do, just so long as you practice. However, there are a few things you should know before trying.

Never try to park without a spotter, as that is most likely to end in disaster. Making sure that you practice, you will be able to park your baby in no time flat!

In the end, whichever one you pick should be an investment. since these sell for thousands, if not tens to even hundreds of thousands of dollars, making such a commitment needs time and research. Both of these have their pros and cons, and if neither is for you, then there are others in which you can choose from. Just make sure that you are making an informed and educated decision.