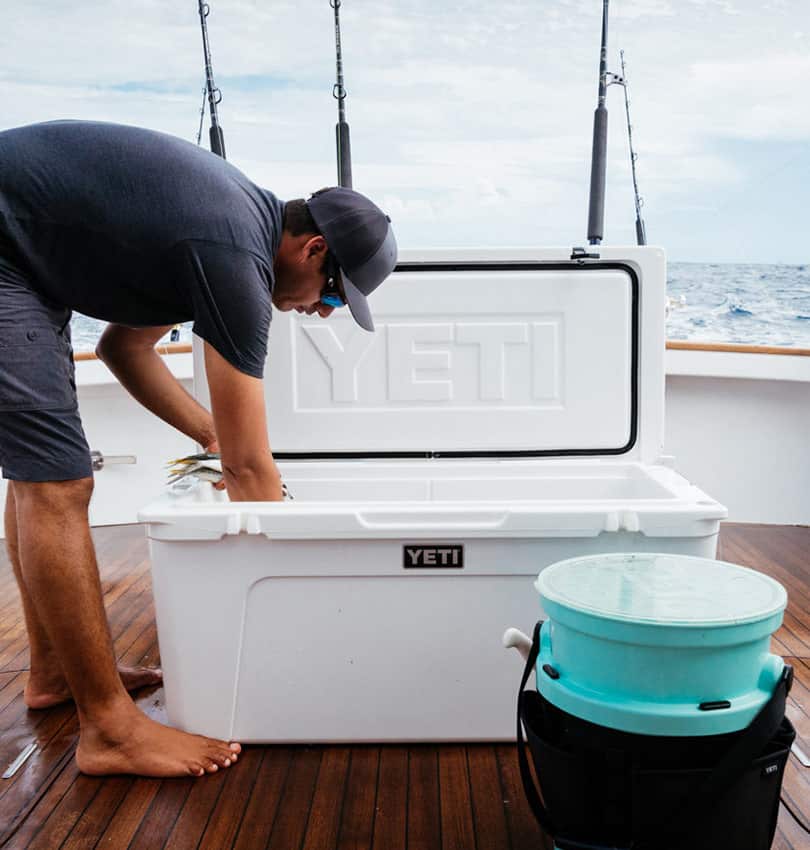 Did you know that not all coolers are made the same? If you are going out for a long trip, keeping your food and drinks ice cold for as long as possible saves you from spending unneeded money on something that is otherwise free, yet frozen.

Some name brand coolers don’t hold a candle… I mean ice cube, for as long as YETI coolers do. In order to avoid issues with melted ice, I always go the extra mile and spend a little more money on the best of the best.

This cooler needs to not only keep ice frozen even during the hottest summer months but also to withstand the tough elements when I am out hunting. As well as not take up that much space.

So read on for our complete review of three YETI coolers that are on the market. 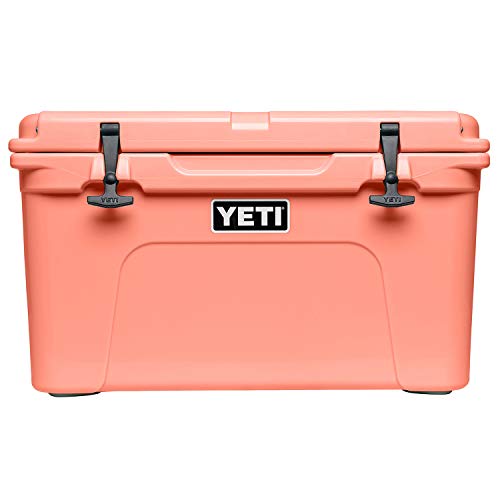 The main difference between the three would be the weight and the capacity. It has the smallest capacity of the three, but that also makes it the lightest. This can be a plus for many people, who may not need a lot of capacity during their travels.

For anyone who doesn’t want to stay out for long. Hunting, camping, or road trips can be fun, but sometimes a guy wants just a short trip. This is best for the more casual of hunters or campers, and those who only plan on bringing a small amount of food and drink with them.

The factor that makes the Tundra 50 different is that fact that it is cubical in shape. You may not think that matters much, but when you have a lot of stuff to pack in, storage is important. Because of this, you can add more things to your truck, like supplies, extra clothes, or your neighbor’s new puppy.

The 50 is slightly larger than the 45, allowing for up to 7 more cans of beer to be kept cold. There is nothing that can be worse than a warm beer.

This cooler is for anyone who wants a mix of capacity and price. An extra 30$ might be a hell-of-a-good dinner at a restaurant, but it also can help to make future hunting or beach trips more prepared for.

With its cubic design, it can also be used for anyone who wants to save space in their truck or car. Out of the three YETI coolers, this one saves the most space.

This is the largest of the three and thus has the highest carrying capacity. However, it is also the heaviest, making this harder for someone to carry on their own.

The Tundra 65 also has the highest price, but the price isn’t too much higher than the 45, only about 50$. So if you are looking for a lot of storage and want a money saver, then this can be an investment for you.

Another issue that this one may have is that it is very long. I know that most people claim that bigger is better, it only rings true when it fits. So when deciding on a cooler, make sure that you can fit in both the cooler, as well as your supplies.

People who want to go on long trips. Since the Tundra 65 is the largest of the three, it is also able to carry the most ice. This means that the food inside is prone to last longer.

People who are dedicated hunters or campers, and need more room to add in food and drink, will find this cooler to be the best fit for their lifestyle.

Having a large cooler will also work great during a family reunion. It helps to keep a lot of beers and refreshments cold while you are cooking the burgers and franks on the grill. With its capacity to hold 32 cans of beer, then using it for a party or family gathering works out best.

The Coolest Features To Be On The Lookout For

The most important feature to look for is the one that is the main reason for buying a cooler in the first place: to keep ice cold. The longer it can keep the ice frozen, the more bang for your buck you get.

This is why YETI makes the best coolers on the market. They have not only a Fatwall design but also Permafrost insulation, which works together to keep your beers from getting warm and tasting like crud.

The worst kind of cooler is a broken one. Since you will be out in the wilderness for potentially days on end, in many weather conditions, having a cooler that won’t crack or chip is vital. You also would like a cooler that is able to hold strong even when it is in a hairy situation.

YETI coolers have this under wraps, as they design their coolers in order to withstand even the toughest of climates and conditions. Even Yogi bear cannot claw his way into your picnic basket.

Nobody wants to spend a fortune on a cooler. So although with many of the best ones, the price is high, consider it an investment. Most people want their investment to give them something back in returns, so finding the best cooler for the best price is always cool.

When it comes to YETI coolers in particular, you get great quality, but you also have to deal with fairly large prices. The cheapest one we will be talking about runs at $350.

When it comes to many things, size really does matter. That is also the case when it comes to the holding capacity of coolers. While larger coolers may hold more stuff, they may also disperse more heat, causing ice to melt faster. So keeping that in mind is always a plus.

Another issue when it comes to size is how much space would be available in the truck after the cooler is added in. Some coolers are more cube-shaped, leaving plenty of room, while others are very long. Having the best capacity as well as the most room left in your truck is a pretty big part of being gone for an extended period of time.

You don’t want a cooler that feels like a cement brick. But it should also be noted that lighter coolers also tend to be smaller, so you have to weigh both sides before agreeing to settle on just a cooler.

While the three coolers we are going to be talking about only differ by about 3 pounds, that can be pretty significant when it comes to picking up and moving your goods.

You may not think that 3 pounds make much of a difference, but that number does not include the food, drinks, and ice that will be added in later on. For many, that added weight is completely unneeded.

What These 3 Have In Common

Each cooler is from YETI, and they all are from the same series, meaning that they have the same main features. They all have:

They are also UV resistant, and incredibly durable, lasting you a long time.

So when it comes to how all three of the coolers we are going to talk about is constructed, in most cases, they are the same.

However, there are a few nuances that make the small differences significant. I will discuss how the small changes make a drastic difference below.

When it comes to picking out your YETI cooler, there are many things that you have to wonder to yourself:

So when it comes to buying a cooler of any kind, there are many important factors to consider. There are some things in life that you may only want to purchase one, and an expensive cooler is one of those things.

So finding the best YETI cooler to fit your specific needs is just a matter of asking a few questions.

I hope that you found this article helpful, and if you have any questions or concerns, feel free to contact us.

Yeti Or RTIC: Which Brand Makes The Better Cooler? [2019 Review]
Top Rated Coolers On Wheels – For The Beach, Fishing And Camping
Cooler Than YETI? We Find The Top Outdoors Brands For Ice Chests
We Review The Best Coolers For Every Budget [Full Guide!]
7 Best Camping Cooler Reviews (With Pictures)
Best Portable Cooler Review
Head Out With Our Favorite Beach Coolers On The Market [Review]
Guide to the Best Ice Chests And Coolers [Tops Summer Picks]
What Is The Best Cooler Bag?
What are the Best Cooler Brands?