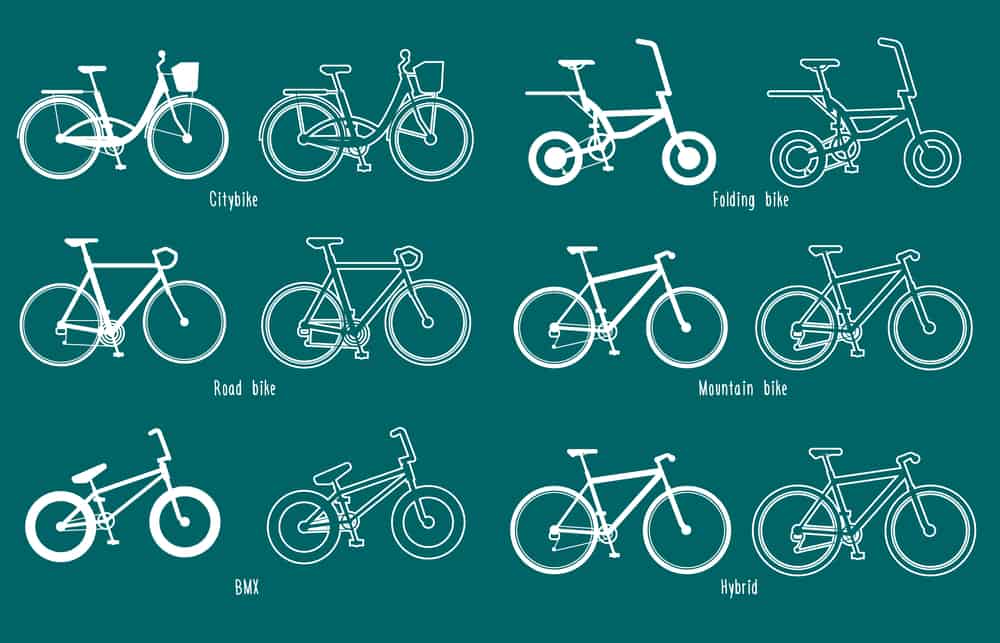 En-Cycle-Pedia: Bike Definitions and What They Mean 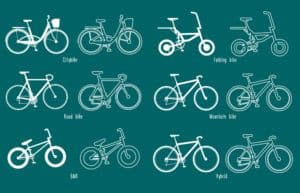 Ever wondered what someone meant when they told you that you owned a “nice 29er?” Or maybe you’ve been watching a cycling event and someone was talking about how hybrid bikes were beginning to dominate the industry and wondered: what are hybrid bikes?

Never fear. Our En-Cycle-Pedia is here to help save the day. Here are some of the common bike definitions you’ll find in our industry today and what they mean.

What Are Hybrid Bikes?

A hybrid bike is some type of mix between a road bike and a mountain bike. This makes the hybrid one of the more versatile bicycles that you can purchase today. The dual design gives the bike a general-purpose ability to adapt to most conditions that riders will face. You can use it for commuting to work, for light trail riding, street riding, and other forms of recreation without worrying about its adaptability. The best hybrid bikes tend to be lightweight, have 26-27.5 inch wheels, and can tolerate a number of different situations.

A 29er bike is any frame that is currently equipped with a 29-inch wheel. It is usually a mountain bike that has this option, but some street and racing bikes may also come equipped with these larger wheels. The 29-inch wheel gives the rider more stability when dealing with uncertain terrain. The weight of the wheel, along with the added traction-based it allows with the increased tire size, keeps the rider upright when trail or road conditions change. A 29er takes longer to get up to speed, but ultimately gives you more stability.

What Is a Balance Bike?

Remember when you rode around on training wheels as a way to learn how to ride a bicycle? We’re discovering that balance bikes are a superior training option for those who have never ridden a bike before. This is because the rider is forced to balance the bike in order for it to coast. Instead of using pedals for power, the rider pushes the bike along with their foot. Think of this type of bicycle as a larger scooter with greater control where you get to sit and you won’t be that far off.

What Is a Bike Trailer?

A bike trailer is exactly what it sounds like. It’s a trailer that attaches to the back of a bicycle through the use of a hitch. Most hitches will affix to the axle of the back wheel so that you still have uninterrupted control over the bike. Many trailers are designed to carry children. “Singles” carry one child, while “Doubles” would carry two. A third category of bike trailer is the cargo trailer, which provides a weather-resistant method of carrying items along with you on a ride, like a picnic lunch for a recreational trail ride.

What Is a BMX Bike?

The BMX bike is a unique frame that is specifically designed to be an off-road sport bicycle. They are often used today in racing and in stunt riding competitions. Think of this style of bicycle as the “skateboarding bike” of the industry. These bikes are generally smaller than other types of bike, may only come with a single gear, and are very lightweight. Entry-level models tend to be made with steel, but the better bike frames are usually made from aluminum or an aluminum alloy.

What Is a Comfort Bike?

This type of bicycle is basically an entry-level mountain bike, but it also has some street features to it as well, making it technically qualify as a hybrid bike. They’re made primarily for leisure riding, but have a wider tire like a mountain bike typically does. This type of bicycle is best suited for short-distance rides, paved trail riding, or paved roads with generally flat terrain. Some models are built with enough durability for some light off-road riding, like down a groomed trail or gravel road, but for the most part, this is the best type of bike to ride around town for fun.

What Is a Cruiser Bike?

A cruiser bike is another form of a hybrid bike that tends to focus on the mountain biking features that have been built into the frame. Most cruiser bikes are intended for beach riding, which means that these bikes usually have a single-speed drivetrain. The riding position for a cruiser bike is usually more upright, with a much wider saddle for support. Some models have balloon tires that may qualify the bike to be a fat-tire bike for sand and snow as well. This is the bike for you if style is more important than speed.

What Is a Cyclocross Bike?

The cyclocross bike is a specific frame that was built to endure the tests of a cyclocross race. This means the frame offers a wider clearance than other types of bikes, has larger tires, and a stiff, but yet still responsive frame. This is because a cyclocross racer must endure mud, debris, and other changing terrain conditions with regularity while they are riding. It is also a lightweight bike, since the average racer may need to carry or lift their bike once every 2 minutes during a tough race.

What Is an E-Bike?

The “E” in E-Bike stands for “electric.” These are self-powered bikes that are gaining in popularity – especially with street legal versions. We’ve seen the electric bikes for kids that are battery operated available for more than a generation. Today bicycle manufacturers are equipping lithium-ion batteries and other portable power innovations to bicycle frames to make them more like a low-speed scooter or motorcycle. Some models even offer the option to pedal to conserve power.

What Is a Fat Bike?

A fat bike offers riders a frame that supports a very oversized tire. This displaces the weight of the rider on the frame of the bike, allowing for a riding experience in many unique situations. Sand and snow in particular work well with the fat tire bike. To qualify for this designation, the bike must have rims that are 66mm in size or larger. The oversized tires are generally 97mm or larger. In return, you could potentially ride this bike over a bog without difficulty.

What is a Fixed Gear Bike?

A fixed gear bike operates without a freewheel. This means the design of the bike does not allow the rider to coast at all. You’re forced to keep pedaling in all situations or you have to kick your legs out wide to avoid the spinning of the pedals. For even more fun, most fixed gear bicycles are not equipped with any brakes either. As a unique added benefit, because there is no freewheel, you can pedal backwards on this type of bike.

Another attribute about this bike that makes it popular is the simplicity of its design. They typically have fewer parts, which means the bikes have fewer maintenance needs. This bike design is also one of the lightest that is offered in the industry today, which contributes to a boost in maneuverability.

What Is a Fixie Bike?

This is the nickname given to the fixed gear bike. If you’re not sure that you’d like this design option, consider purchasing a Fixie with a flip-flop hub so that you’ll be able to engage a freewheel if desired. If you’re thinking about getting involved in track racing at some point in the future, then this is going to be the bike design to consider using. It’s the oldest and simplest form of bicycle that is available right now.

What Is a Hardtail Bike?

A hardtail bike is one that offers a suspension in the front of the bike, but not in the back. The frame is solid and has the same fork design, but impact resistance only happens in the arms. They are also cheaper than full suspension bikes, but aren’t as forgiving, so you need to be on-point with your timing if you take the bike out on a trail. Over time, a hardtail bike will make you become a better overall rider because it reinforces proper positioning. You just may be bouncing a bit along the way.

What Is a Mountain Bike?

Mountain bikes generally have a light, but sturdy frame. Their primary feature is the tire, which is broader and with deeper treads than other types of bicycles. You’ll find multiple gears available on many mountain bikes, allowing riders to access off-road trails with greater ease. The best mountain bikes come with a full suspension so the ride becomes comfortable, but there are variations on this design based on riding needs. The rims and spokes are noticeably more durable as well, with the traction offering a softer ride, and that what makes this type of bike so attractive to so many.

What Is a Recumbent Bike?

A recumbent bike is one that places the rider in an alternative riding position. Instead of sitting upright, the rider is in a laid-back position. Much like if you were sitting in a recliner and you put your feet up. This type of design offers ergonomic benefits for some riders as it distributes the weight of the rider over a larger area. More support is offered to the lower back and hamstrings in particular. It is also a useful design for those who have lower body joint pain issues, but still want to be active in a low-impact way.

What Is a Road Bike?

Road bikes are the opposite of mountain bikes. They have thinner tires and wheels and a streamlined frame that reduces wind resistance against the rider. It is a design which has been optimized for riding on smooth pavement only, with tire width maximums at 32mm. Most have little or no tread on the tires. They are built for high speed movement, like one would find with competitive cycling, and cannot typically handle rough terrain at all or even a racing track.

By knowing what the various terms mean, it becomes a lot easier to find the right style of bicycle to meet your needs. Now take this information, take a look at the best bike reviews, and you’ll be able to find the right make and model in your preferred category. Experience the fun of riding your own bicycle today.